Norm, a part of NEQSOL Holding, has become the first cement producing company in the South Caucasus to receive American Petroleum Institute (API) certification and launched production of oil-well cement in line with API requirements. The certification was awarded following a successful audit conducted by the association and confirms that Norm’s production process meets the internationally recognized API specifications for producing oil-well cement.

“We are immensely proud to have received this certification from API. Our team has worked incredibly hard over the past year – from renewing production equipment, to purchasing additional testing equipment, and building a new 6-chamber central cone cement silo – to ensure that we were ready to meet API’s specifications,” Henning Sasse, CEO of Norm, said.

The certification enables the company to contribute to the growth of the oil & gas industry across the South Caucasus region by supplying it with certified oil-well cement.

“We promote excellence in every aspect of our work at NEQSOL Holding and support all our businesses to become regional and market leaders. It is great to see Norm become the first cement producing company in the South Caucasus to be awarded this prestigious certification. This recognition highlights Norm’s commitment to maintaining the highest industry standards in their operations,” Yusif Jabbarov, CEO of NEQSOL Holding, said. 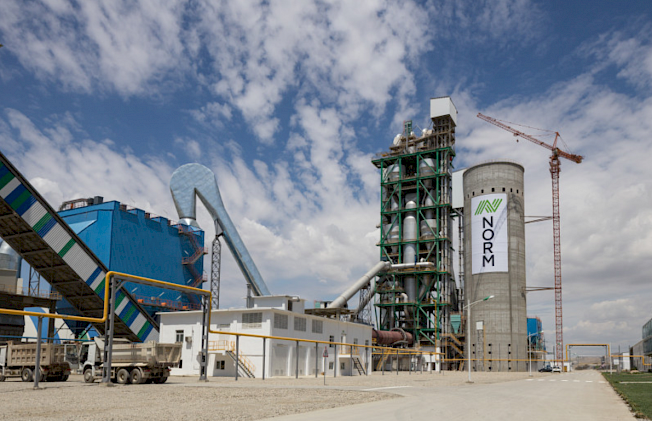 Norm operates the largest cement plant in the South Caucasus with a production capacity of 5300 tons of clinker per day and 2,1 million tons of cement per year.